The Amiata is an ancient volcano that rises unexpectedly in the middle of the countryside between Siena and Grosseto. The peak reaches 1738m  and represents what in Italy is called a SIC (a site of interest for the community). The Amiata is both a mount and a mountain depending if you want to underline the feminine or masculine elements. The soft and delicate features of the landscape express the feminine side, the pure waters and its roughness, the ravines, the gorges and the rocky walls can express the enchanting atmosphere of the beech woods while the masculine. 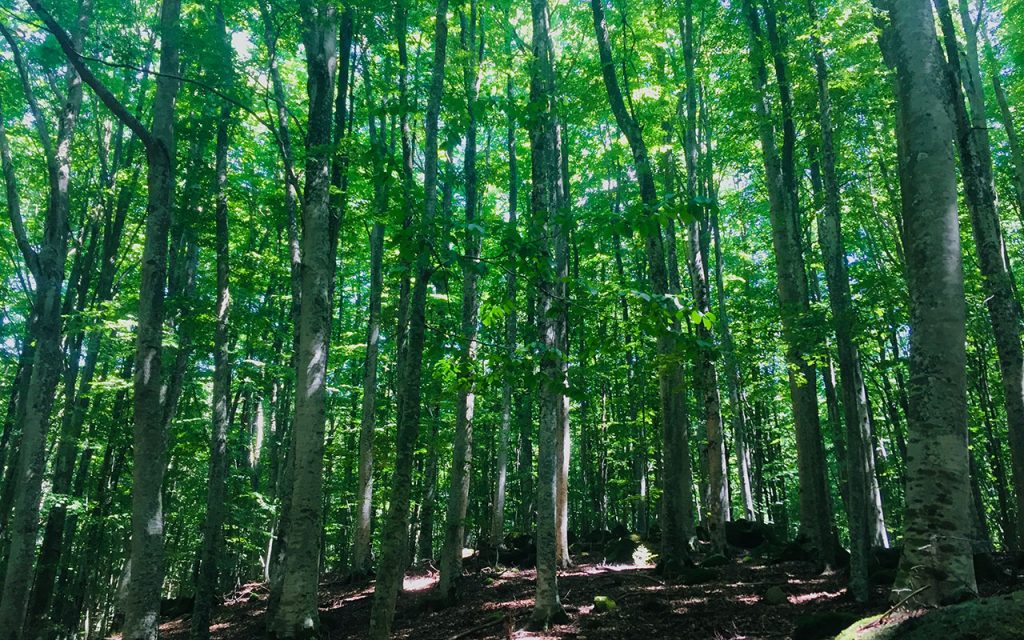 This Yin and Yang is also reflected in the mythical heritage: from love legends (The field of the Countess, or the story of the beautiful Antiglia), fairy tales to violent and sanguinary stories that have as main characters dragons and monsters (the dragon of the Forest, the monster of Semproniano) and swearers and wrongdoers. 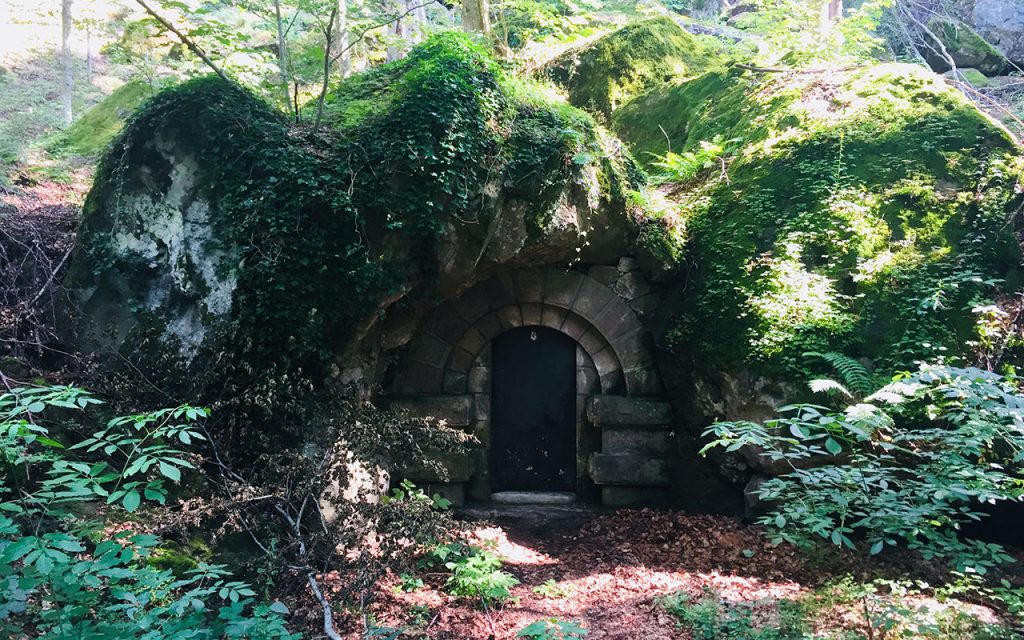 There is some kind spiritual and mystical energy you perceive once you enter this remote and underestimated corner of Tuscany. It’s no coincidence that on the Mount Labbro you can trace the ruins of the tower of Davide Lazzaretti (at the end of the 19 th century he tried to create and build an equalitarian society inspired by the Cristian principles and for this reason he was killed) and the Tibetan community of Dzog Chen of Merigar.
Nevertheless the strongest and most powerful sources of energy come from the wild nature that even today encloses unspoiled sites and picturesque panoramas.

The volcano eruptions that started approximately 1 million years ago and concluded 180 thousand years ago contributed to the formation of the geology of this area. It’s no coincidence that the stone that distinguishes the Amiata is Trachyte, a volcanic rock with aphanite and porphyritic texture that have encouraged the development of a consistent number of hot springs and thermal waters.

Until you reach 1100 meters of height, extended and well-tended chestnut forests and big, ancient and fascinating beech woods cover the Amiata. You can also trace the presence of coniferous reforestation. The undergrowth is characterized by splendid flowering: pimpernels, scillas, anemones, red lilies and orchids (common epipactis, roman orchids, maculated orchids and Sardinian orchids). 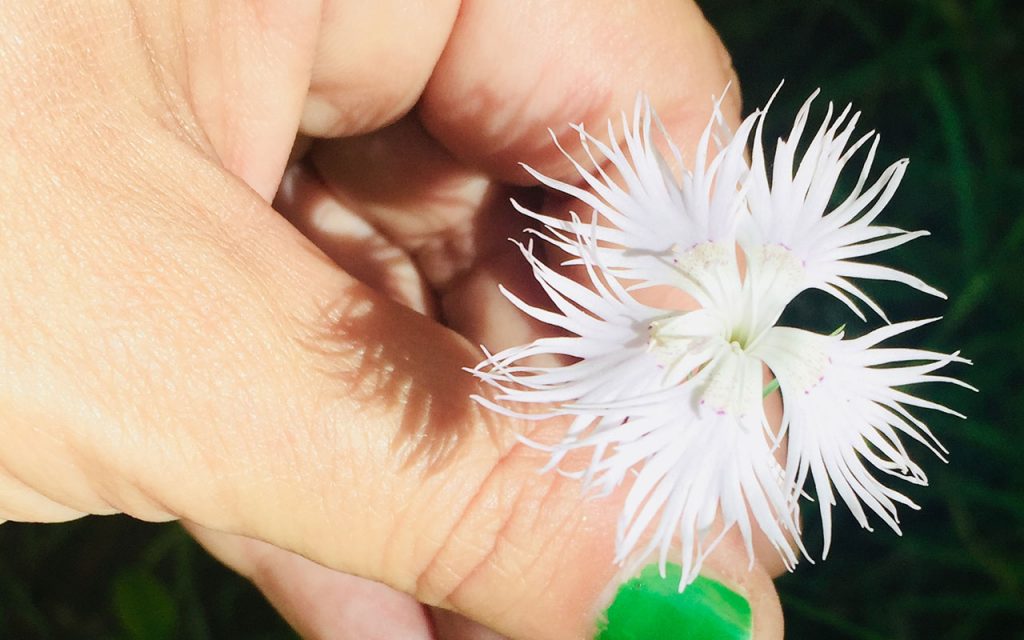 The cavities present in the trunks of the chestnut and beech trees represent the ideal shelter for numerous species of birds amongst whom we can identify the tawny owl, the owl, the woodpecker, the red minor and major peckers, the green pecker and various types of bats. On the crown of the trees you can uncover sparrow hawks and northern goshawks flying.
In the woods live instead the buzzards, the falcons and the rare short-toed snake eagle and several mammals such as dears, badgers, porcupines, squirrels, and wild boars and wolfs. 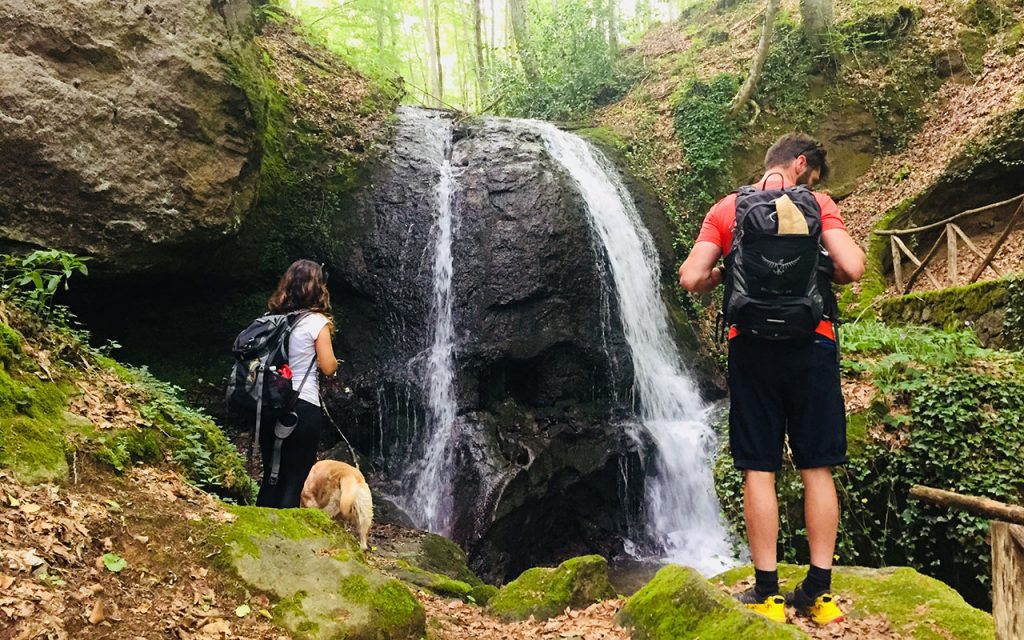 Recently the paths have been completely retraced and there are routes for all tastes and degrees of difficulty. The longest and most demanding is the Anello of the Monte Amiata (The Ring of the Mount Amiata) of 27,3km that can be accessed even by Mountain Bike. Amoungs the most interesting and panoramic from a botanic standpoint is the Anello of Stibugliano which measures 15km and departs from Arcidosso. Finally the trail of the Parco Faunistico del Monte Labbro is perfect for families. 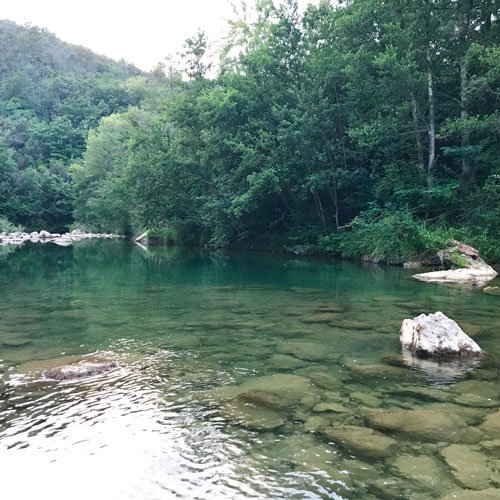 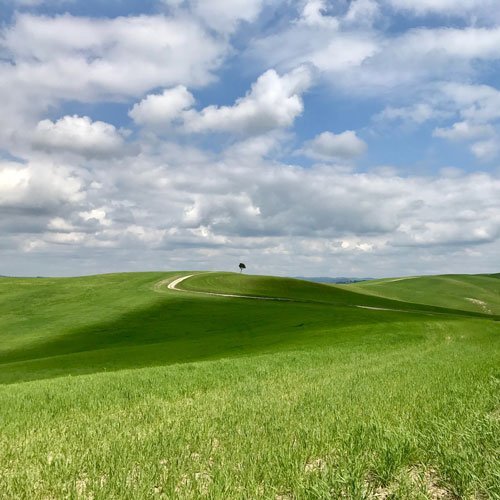 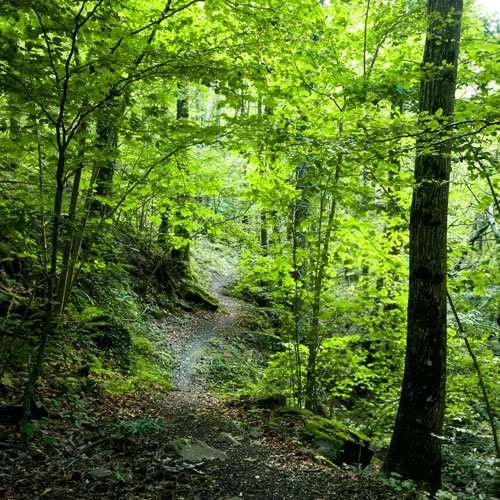 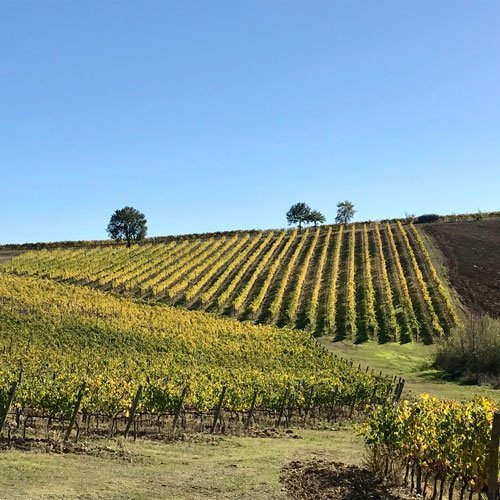 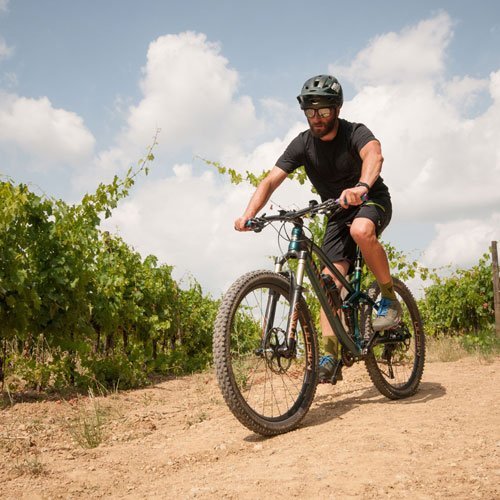 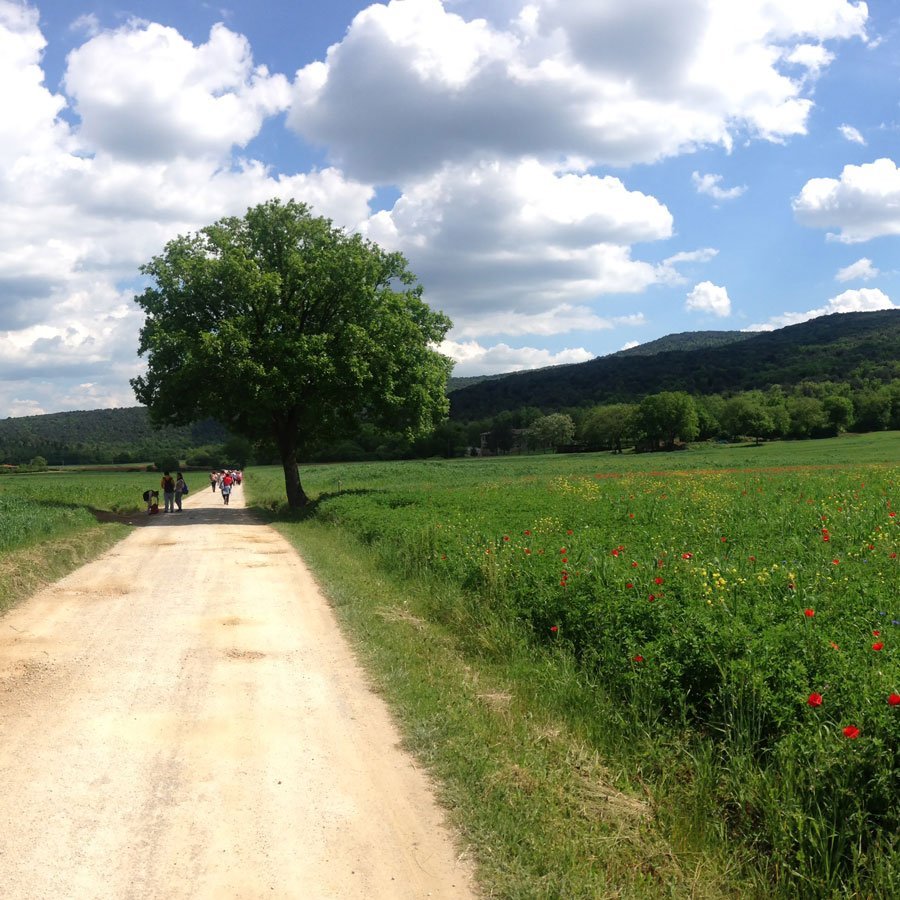 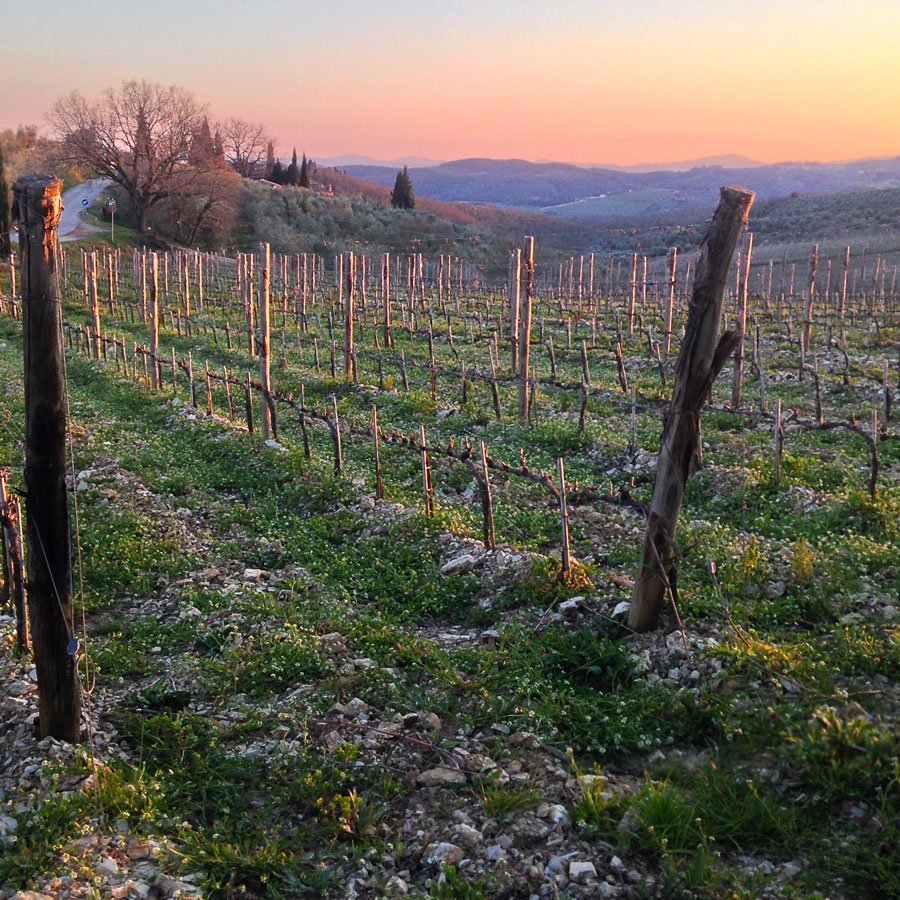 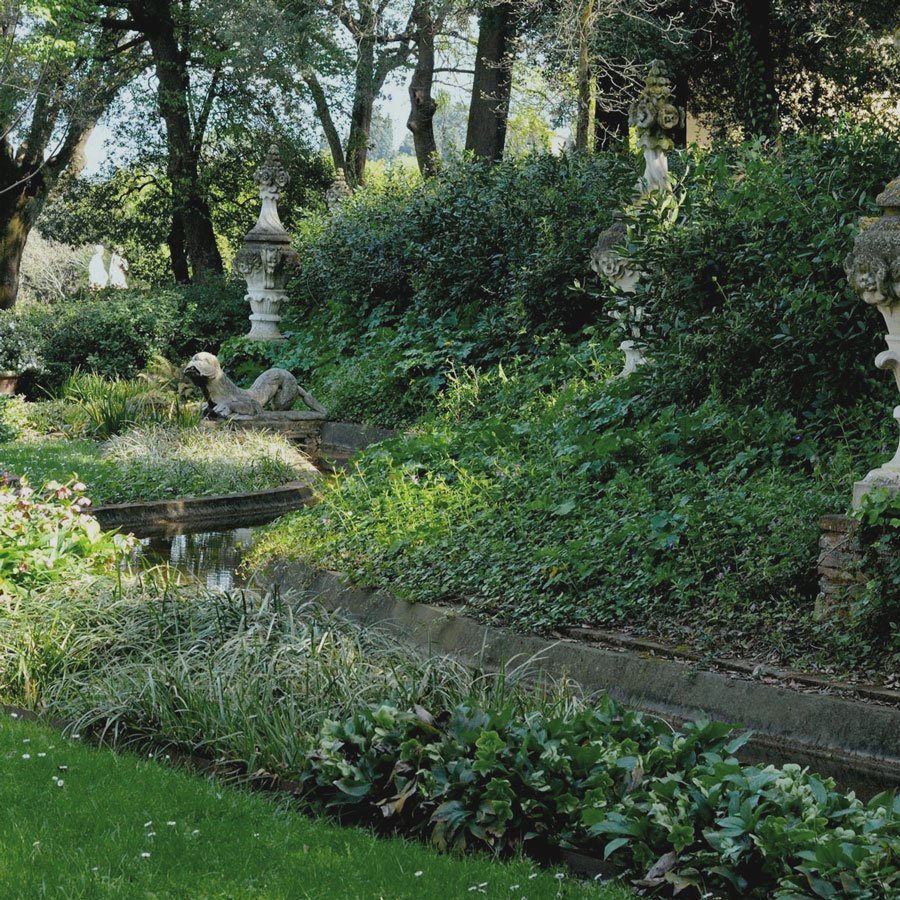